Tell me, what’s the bigger threat to human society/BAE Systems or home made IEDs

October 29th saw the Great Hall playing host to the annual Careers Fair, and a wide spread of exhibitors came to hawk their graduate and internship opportunities to all and sundry. There was everything from Danone to Americamp, but three innocuous initials on the exhibitor list seemed to rile up a certain portion of the campus: BAE. It started with posters calling for the end of the drone-industrial complex on campus, replete with Space Invaders, then the catchily-titled A Career in Killing, which contained far too much text to take in whilst caught in the flow of the Spine. Apparently the Lancaster University signs at the roads into campus had proudly supports careers in killing stuck under them, and BAE off campu$ could be (and can still be) seen scrawled in chalk all up and down the Spine. It all culminated in a die-in in the Great Hall that I missed, but am informed consisted of a bunch of people laying on the floor for an hour and everyone else feeling a bit confused and awkward. BAE stock prices closed £1.90 up that day, and the military-industrial complex survived another powerful blow. 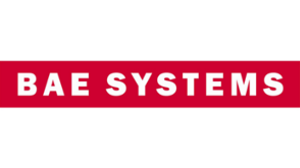 So who are BAE, and why are people pissed at them? BAE Systems is a FTSE 100 multinational defence, security and aerospace company. What that means in simple terms is that they are a very big, very rich arms company. That the anti-caps are mad at a multinational is no surprise, but the arms company element makes this an interesting quandary. With their heavy investment in the University’s engineering department, from which many of us can expect to benefit directly from, are we all somehow complicit?

BAE are a major employer here in the northwest, as well as in many other areas; they’re the second-biggest arms manufacturer in the world and employ around 90,000 people, so you’d expect them to be. That their money is funnelled into things like the new engineering building does not mean that everyone who uses it is contractually obliged to start designing bombs. The equipment could be used to do pioneering safety or medical work, for example, and BAE could do nothing about it. Granted, many engineering graduates are likely to end up at BAE in this area, but that is and will always be the individual’s choice. Even then, BAE does produce more than murderous whizzbangs: they produce things like non-lethal laser devices to protect ships from pirates, as well as civilian aerospace equipment. If you’ve flown recently and not scrawled BAE off Airbu$ all over the plane, are you just as guilty as all the rest of us?

On the flipside, this is a business that primarily produces objects that turn living people into dead people. It’s somewat hard to defend a company that sells to unsavoury characters like Saudi Arabia and Pinochet’s Chile, has been hounded over bribery and corruption allegations since the dawn of the 21st century, overcharges developing nations and only stopped selling land mines and cluster bombs in 2011 after receiving an earful from just about everyone about it. This is a business that makes (very substantial sums of) money from the production of things designed to take human lives, and which are often used poorly. And they can’t even do THAT semi-ethically. 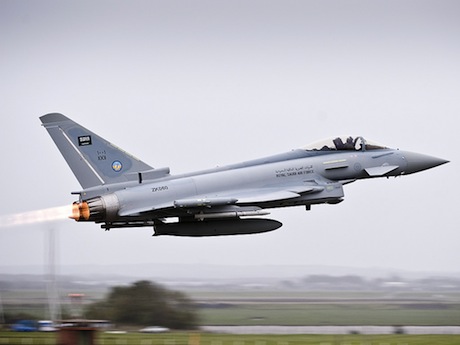 However, BAE make weapons. They don’t kill people with those weapons. That would be the domain of the British Army, the RAF, the Royal Navy, etc. In fact, all three of those were also exhibiting at the Careers Fair, and apart from some apparent die-inners around the British Army booth who could have been overflow from BAE as the two booths were adjacent, nobody seemed overly bothered. Even beyond the military-industrial sector, Imperial Tobacco were also present, a company that produces something more deadly (~2,400 deaths by drones between 2009 and 2014, ~48,000 deaths from smoking annually) and with less of a middle-man than arms, and yet nobody was organising a cough-in outside their booth. Is protesting the army too played-out and Vietnam-era for the hip happening radical of today, and the new world of PMCs and arms manufacturers the more glamorous target? How is Imperial Tobacco acceptable because people choose to use their products to kill people (albeit themselves), when the same is true of BAE? Is working for BAE a Faustian bargain that ensures you a spot in the highest circle of Hell? I don’t know, but if BAE wanted to give me a cushy CompSci job, I’d at least think about it. Hint hint.